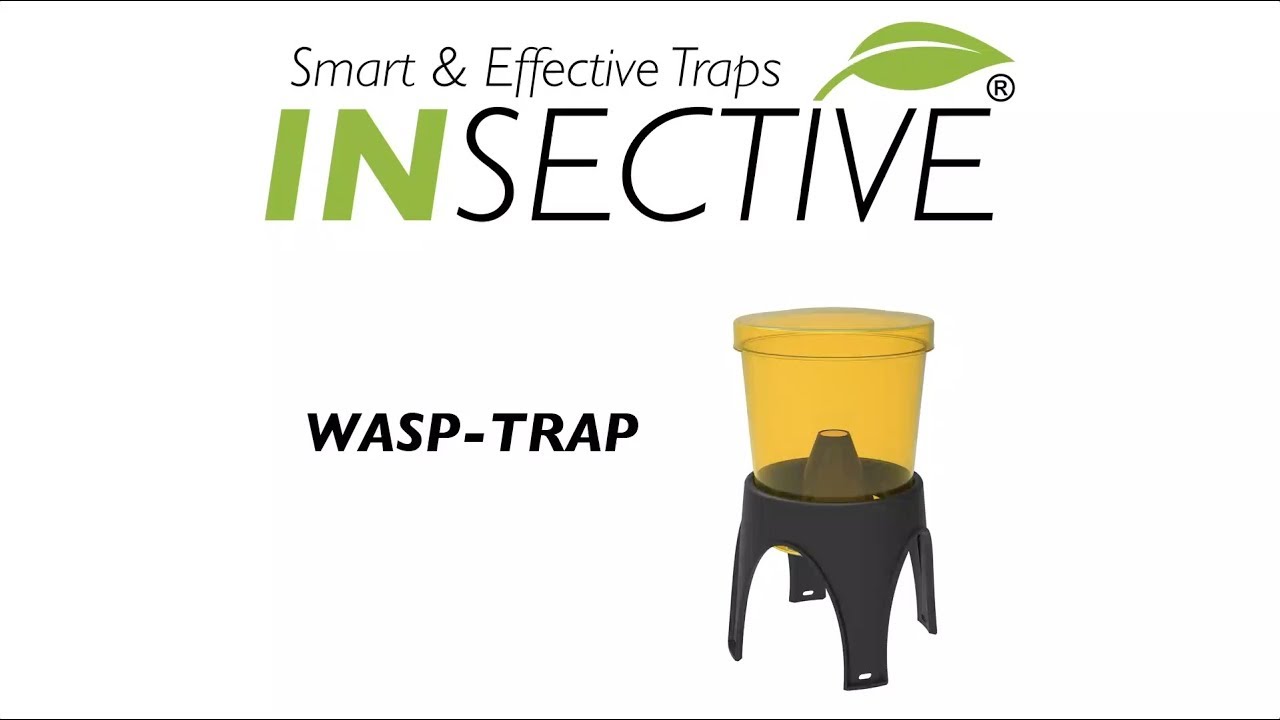 Wasps are a common problem in the summer and autumn.

Towards the end of summer- and in autumn – they become increasingly more aggressive and there is growing chance of being stung. To stop this nuisance from wasps, Alcochem has developed a multi-functional wasp trap unit, the so-called W-trap. The model consists of a cup holder, with conical openings placed along the sides. These will allow easy access for wasps, but avoid that entered wasps can exit the trap.

A screw lid is placed on the top of the wasp trap which can be used to open up the wasp trap and empty it regularly. The colour and materials of the W-trap are chosen to combine a good performance with durability. The wasp trap is suited for outdoor use. Inside the wasp trap a wasp fluid has to be placed.(*) We strongly recommend to use the Alcochem wasp trap fluid, which is optimized for effective and fast wasp trapping. Not only does the scent lure wasps swiftly into the W-trap, but the additional natural vinaigrette ensures that the trapped wasp are seduced very quickly and fall into the fluid, hereby offering a fast kill.